How Creators Create: A Q&A with Figurative Artist Delpha Hudson 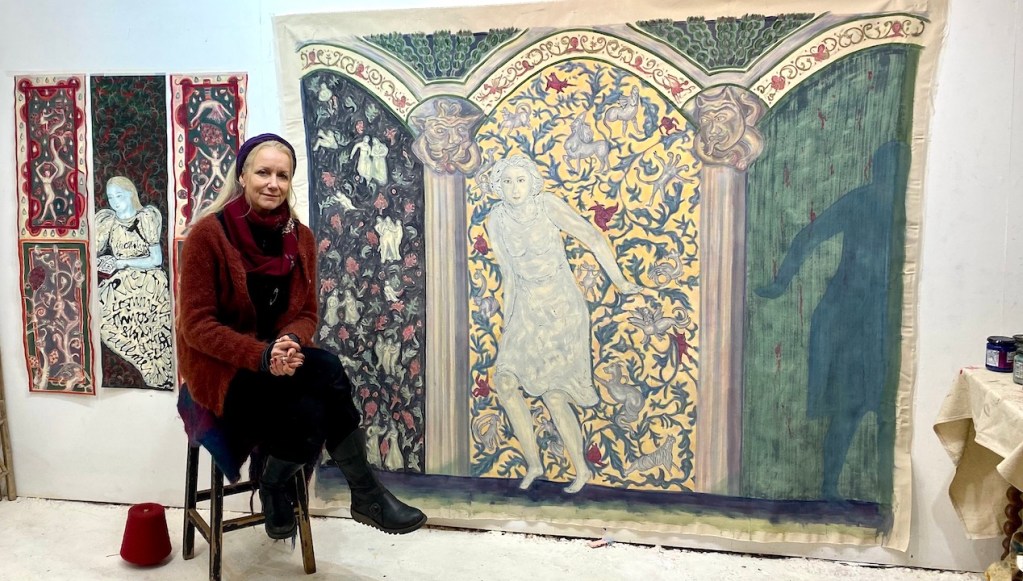 If there is such thing as the law of attraction in art, that is how I became interested in Delpha’s timeless tapestry-like paintings. A pale, ghostly female peering out from the darkness is what initially drew me in. And then the contrasting patterned curtain the floating figure held onto. The painting was titled Consider the […] 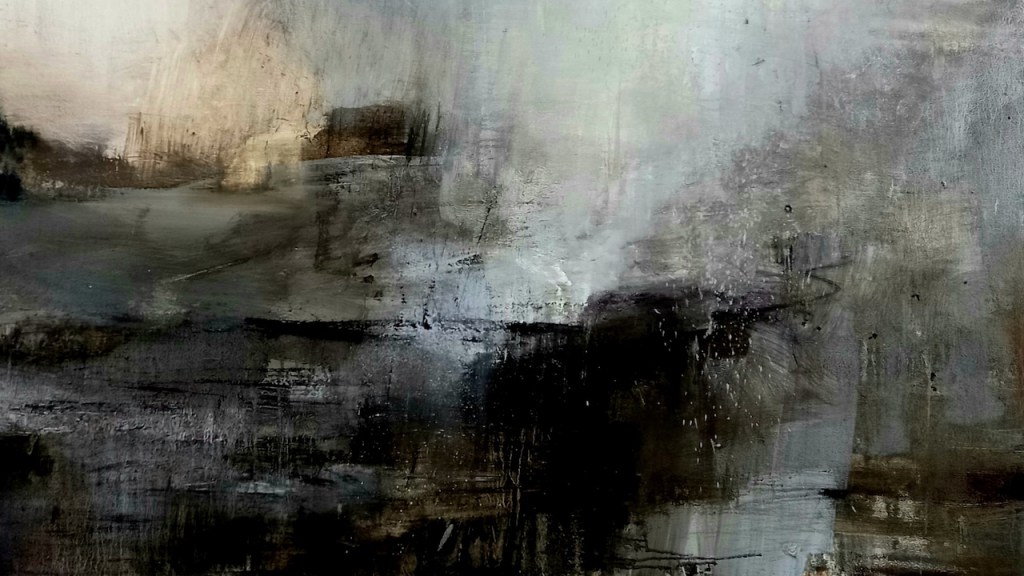 The wood burner was ablaze and fresh paint glistened from canvases on the wall. Gareth leaned in to check a drying drip of colour, seeing if he should flip the canvas around. Satisfied with gravity’s work, he left everything to rest while we settled into our conversation. Originally from London, Gareth Edwards moved to Cornwall […] 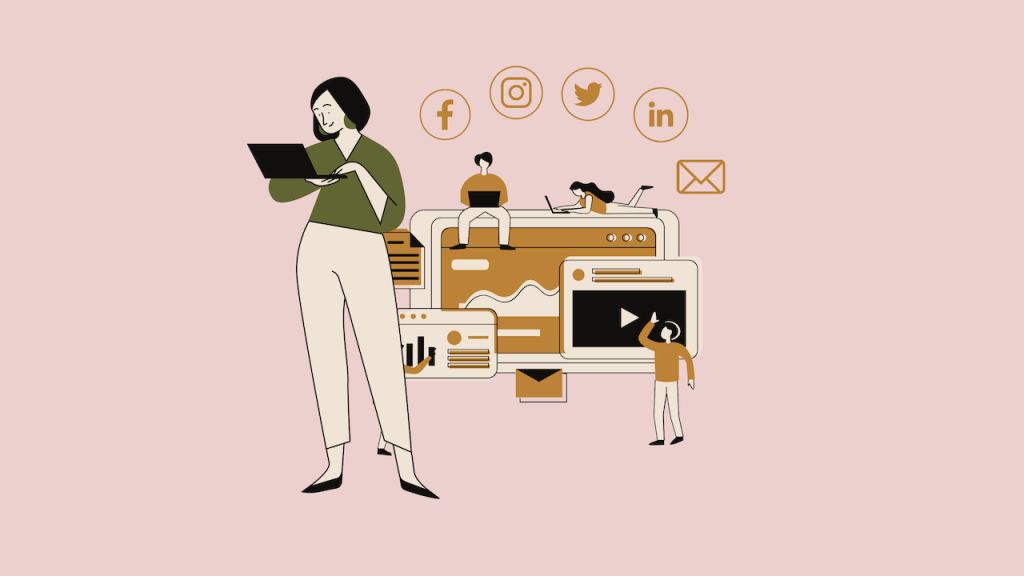 With countless marketing channels at our fingertips — many of them free or inexpensive to use — it can be difficult to keep your content strategy focused and effective. Blogs, email marketing, social media: how do we cut down on digital noise and create meaningful content that connects with like-minded people? That’s where our Content […]

How Creators Create: A Q&A With Ceramicist and Digital Business Owner Anne McCrossan 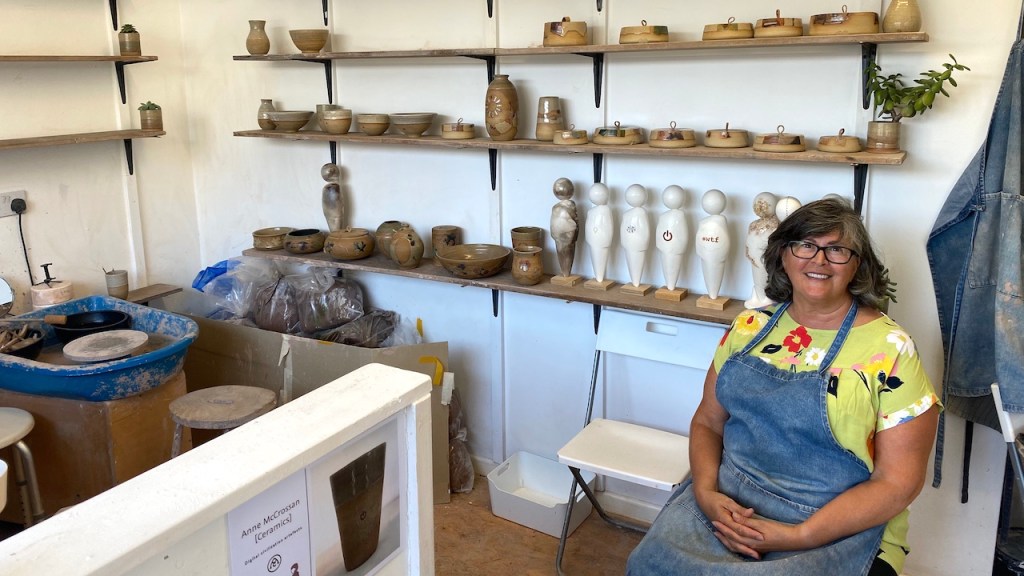 Walking up to Anne McCrossan’s pottery studio at Gaolyard Studios, I am greeted by the excited tail-wagging Tufty, Anne’s adorable and affectionate companion. After settling in, Anne confirmed my suspicions about her studio: we were sitting in what once was a prison cell (“gaol” is the old English spelling of “jail”). Despite the eerie history […] 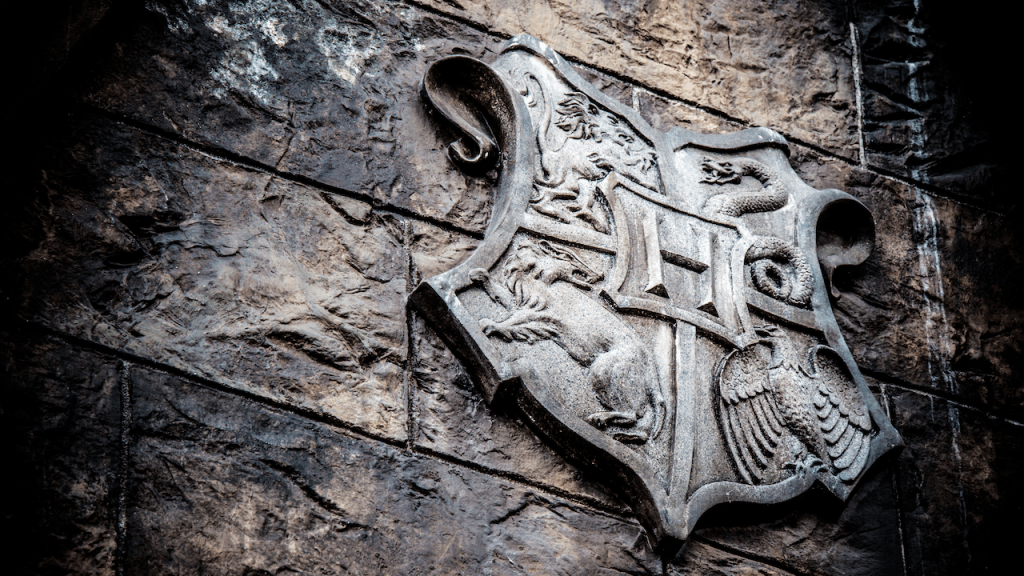 Do you believe in the magic of marketing? Whether you’re a Witch, Wizard, or a Muggle, with your acceptance letter or without, welcome aboard the Hogwarts Express! In this blog post, we’re visiting the most famous school of magic to teach you how to create enchanting content, put a spell on your audience, and charm […]

How Creators Create: A Q&A With Cornish Artist Jason Lilley 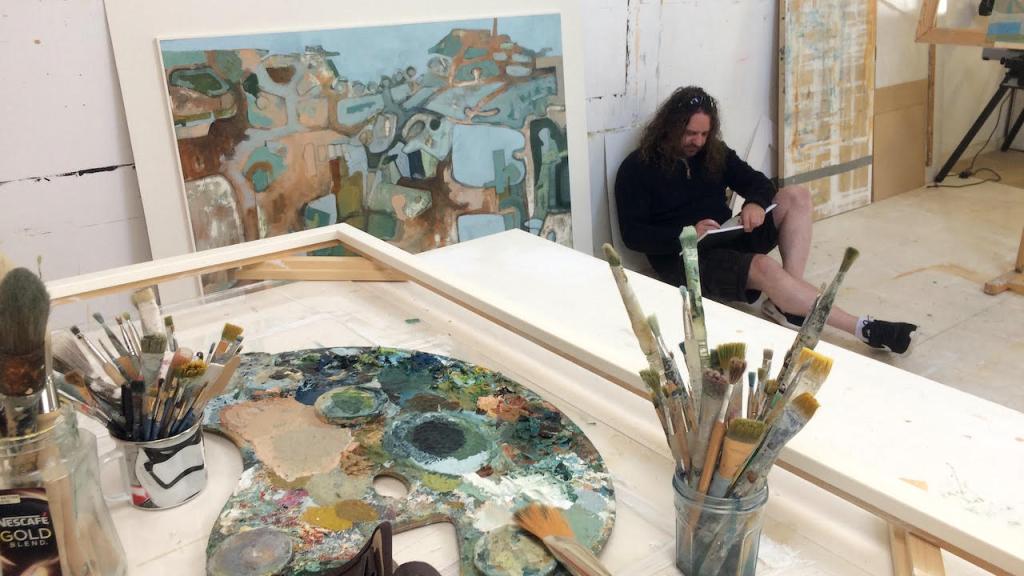 To talk with Jason Lilley about his art and passion for observing and recording the world around him is to understand that there is much more to painting than meets the eye. Beginning with his mother’s artistic ability and encouragement, Jason’s creative path, like his paintings, has been anything but linear or one-dimensional. His story […] 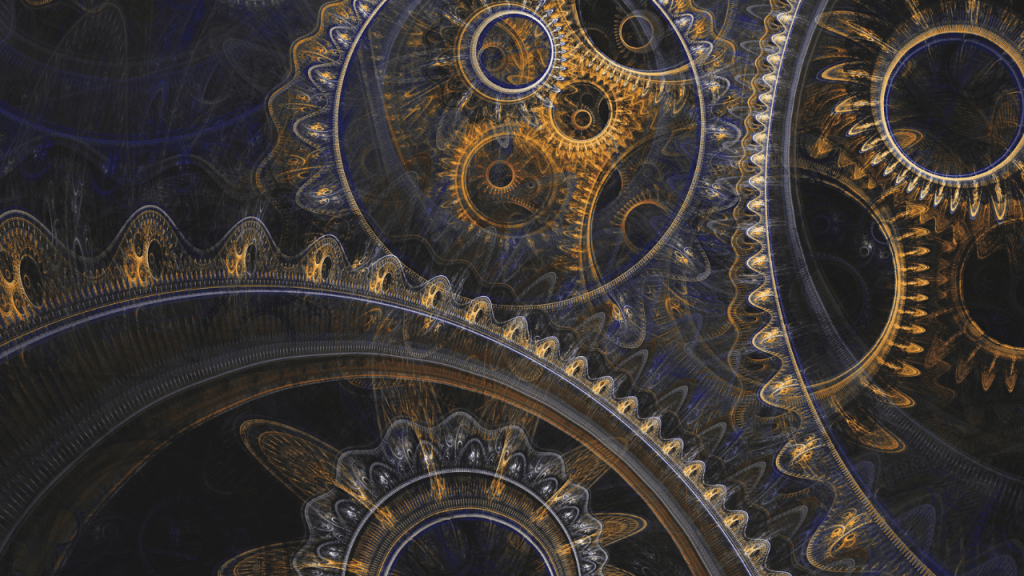 We’ll play Captain Obvious for a second and say what’s on many museum workers’ minds: there is no stopping the rapid evolution of the digital world and our marketing strategies need to keep up. We know it can be overwhelming and discouraging at times so today we’re stripping what we know down to three essential […]

Swing Into Marketing: Creative Campaigns, Original Strategies, and All That Jazz 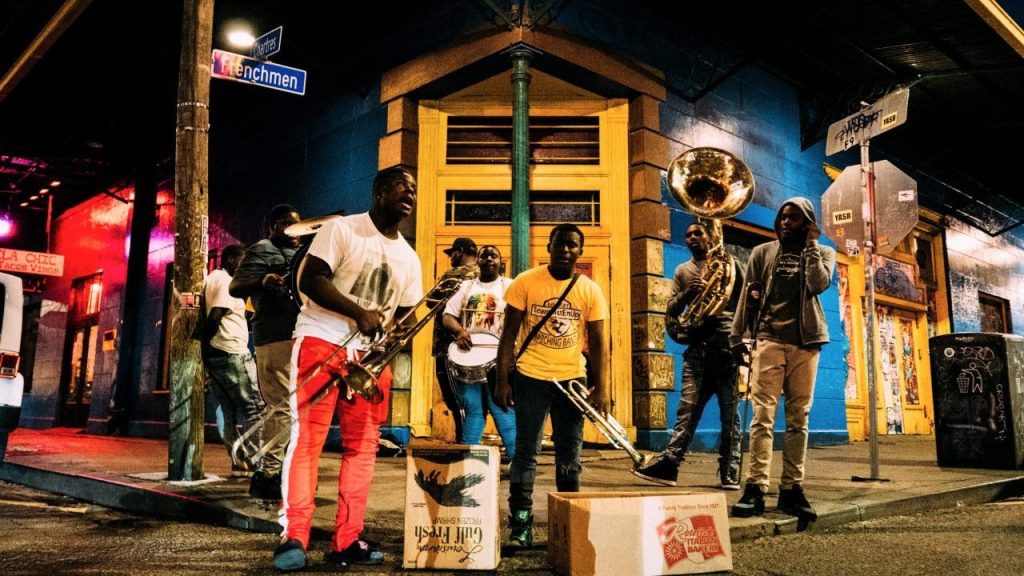 It don’t mean a thing, if it ain’t got that swing!  Today we are drawing upon the wisdom of JAZZ. Considered the first American art form, jazz originated in New Orleans, Louisiana, among African-American communities in the late 19th and early 20th centuries. It then gave the roar to the roaring 20s and birthed R’n’B […]

How Creators Create: A Q&A With Abstract Artist Shelley Thornton 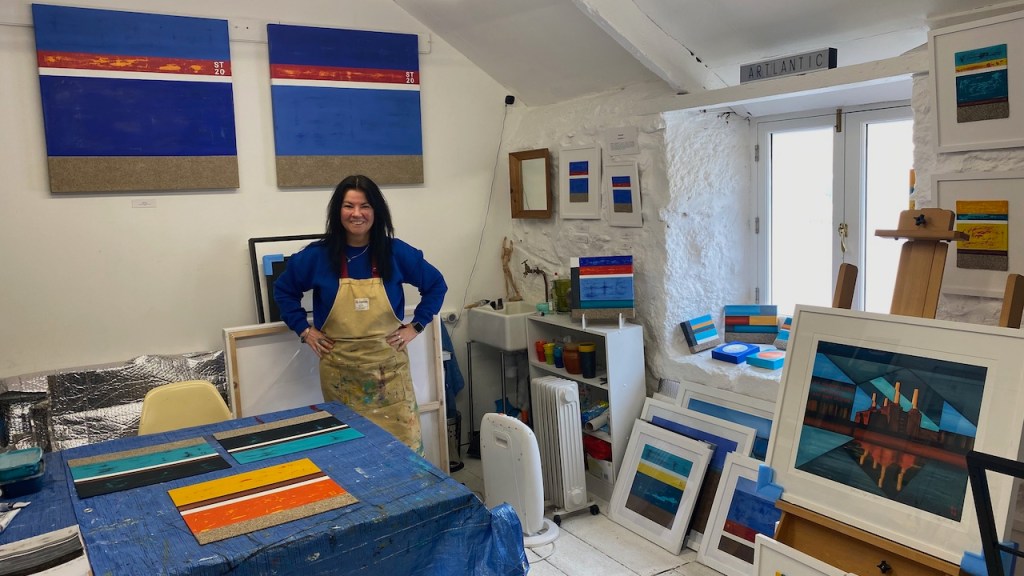 Attracted by the vibrant light and beauty of St Ives, Shelley Thornton moved down to the Cornish coast to raise her children and pursue her passion for painting. Today she is known for her abstract and geometric style along with the use of bold colours and textured paste. Recently, we had the privilege to sit […]

By the Book: 4 Ways Libraries Can Improve Your Social Media Strategy 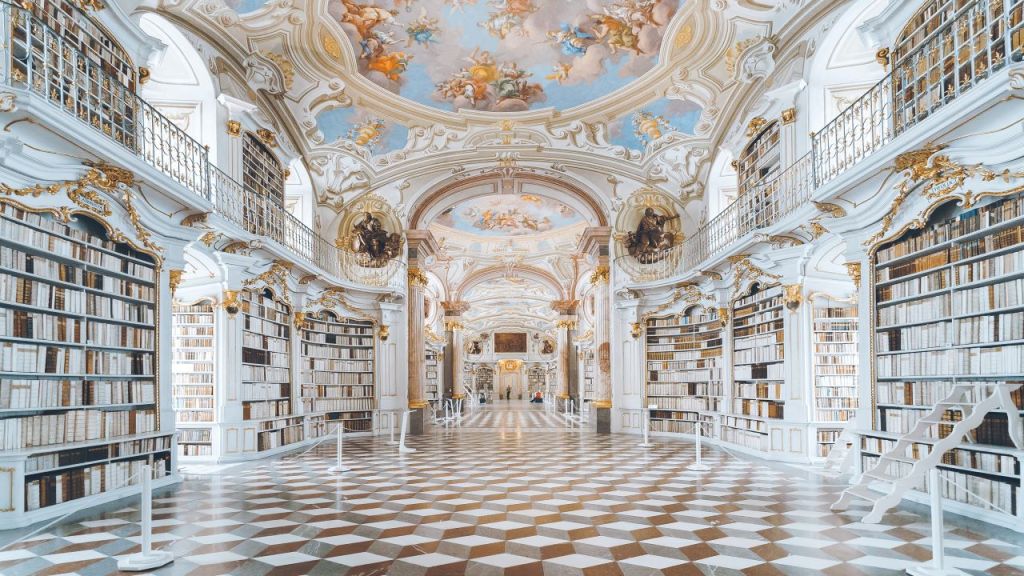 A library, which can be a museum or an art gallery in itself, is a goldmine for inspiration and storytelling ideas. As an owner or a manager of a cultural space, in a library, you may find reflections of your own artifacts and artists, and connect the dots between your creative organization and its history, […]

Fear Your Content Nevermore: Edgar Allan Poe on the Unity of Effect in Brand Storytelling 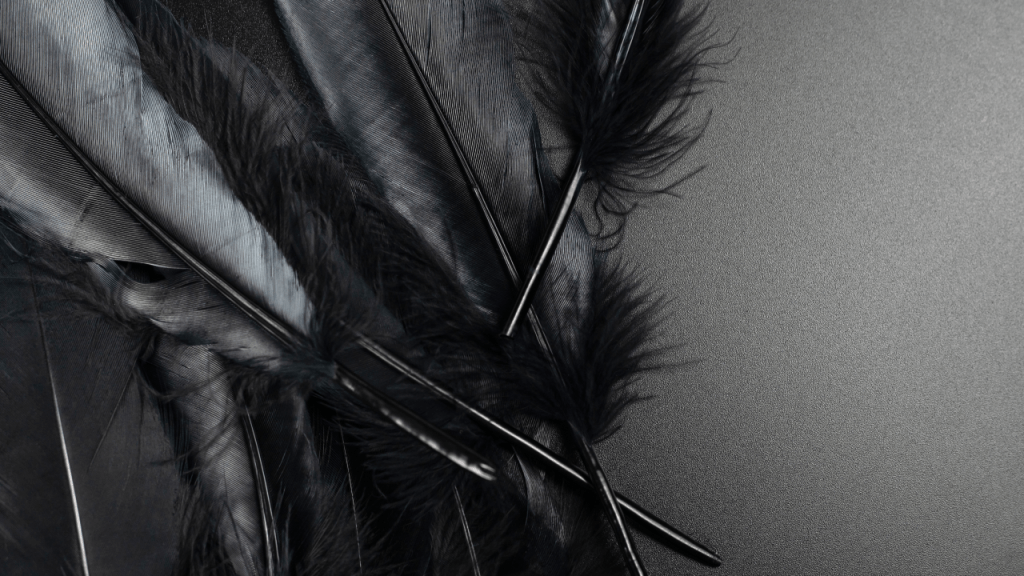 Artists and marketers unite! Unite in the unity of effect. Sounds mysterious? It’s because today’s wisdom comes from the one and only Edgar Allan Poe – the architect of the gothic tale, the father of the horror genre, the progenitor of early science fiction and detective story, and the master of the macabre. With his […]

4 Years, 4 Lessons: What I’ve Learned and Where (I Hope) To Go From Here 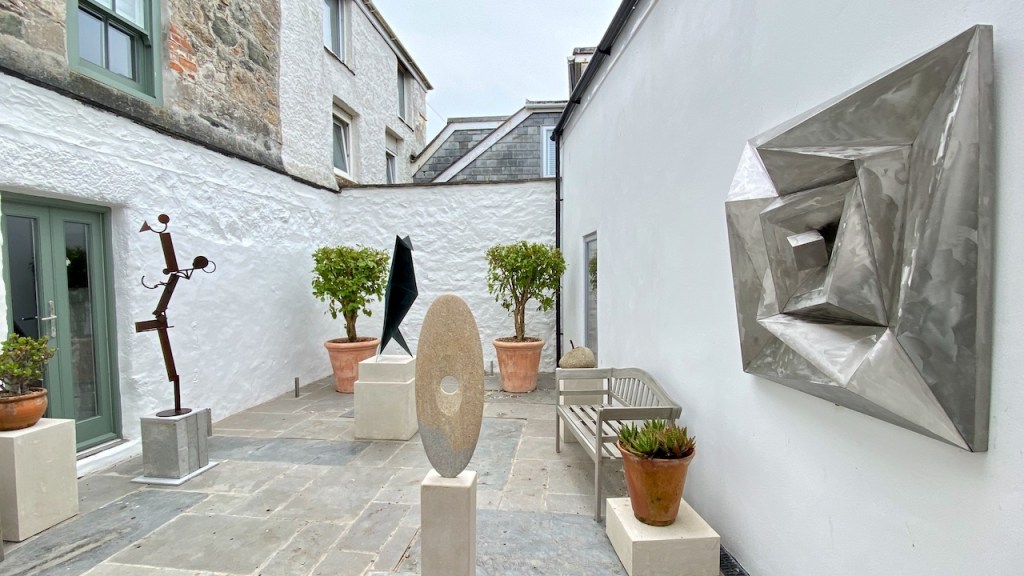 Last Friday on October 8th, 2021, I had the serendipitous opportunity to attend the Virginia Woolf Society of Great Britain’s study weekend in St Ives, Cornwall. The reason I’m telling you this is because it relates to everything I’m about to share with you around starting and growing CBA Content over the past four years. […] 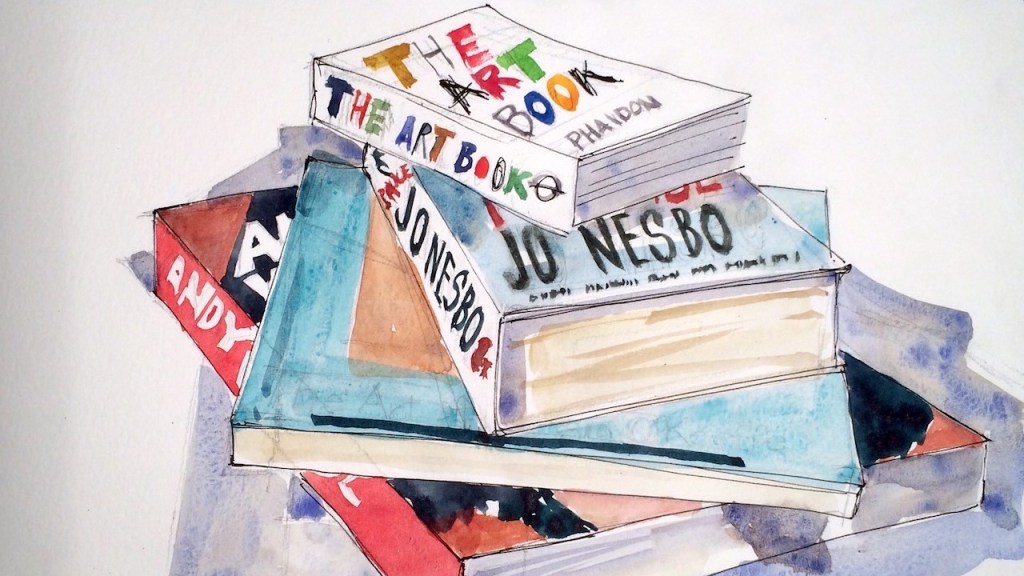 When you’re online, it can often feel like there is just too much information. Whether it leaves you meticulously researching the news or mindlessly scrolling through social media content, it usually leads to the same place: feeling overwhelmed. Instagram, newsletters, emails, advertisements… as an online user, all of these add up to demand your attention. […]

The Art of Social Media Marketing: 5 Successful Museum Campaigns To Help You Create a Sensation Online 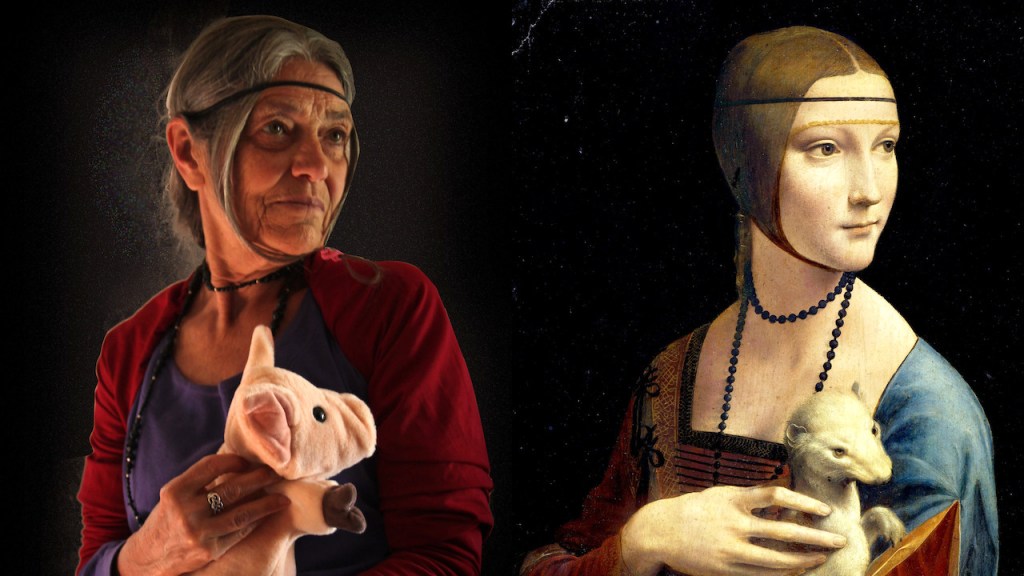 Social media moves faster than you can blink – so it can be hard to keep up with what you should, or should not, be posting. Heightened by the pandemic, social media as a channel of engagement has become more important than ever for creating and maintaining an invested audience. However, it can feel like […] 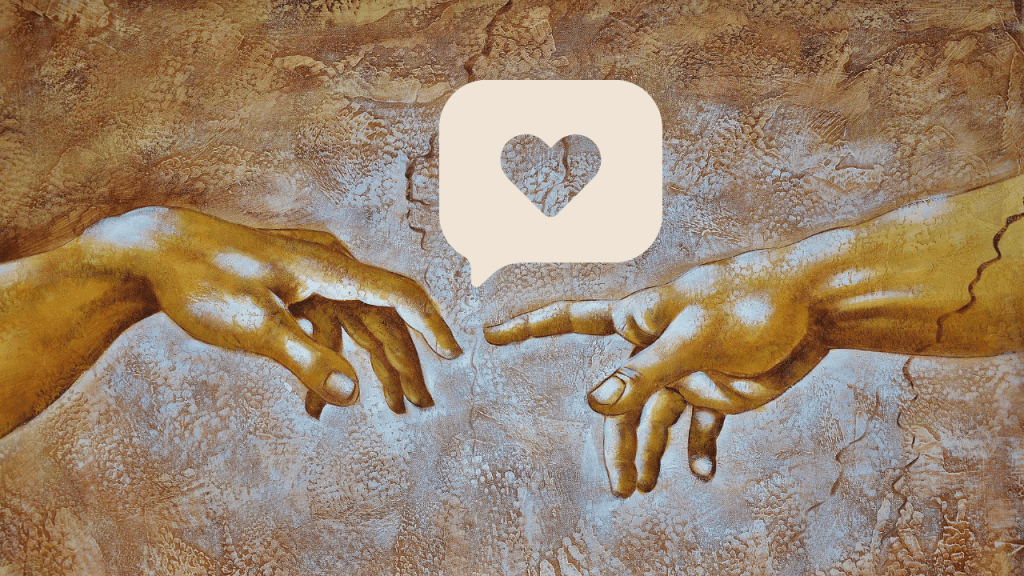 Hashtags are like puzzle pieces – they represent a small part of a bigger picture, idea or conversation. Each hashtag has its own shape and fits together to create a coherent message. Used across social media – on Instagram, Twitter, Pinterest – hashtags are an effective way to bring like-minded people together. They lead discussions, […]

Christmas at Jane Austen’s House: A Most Wonderful Delight 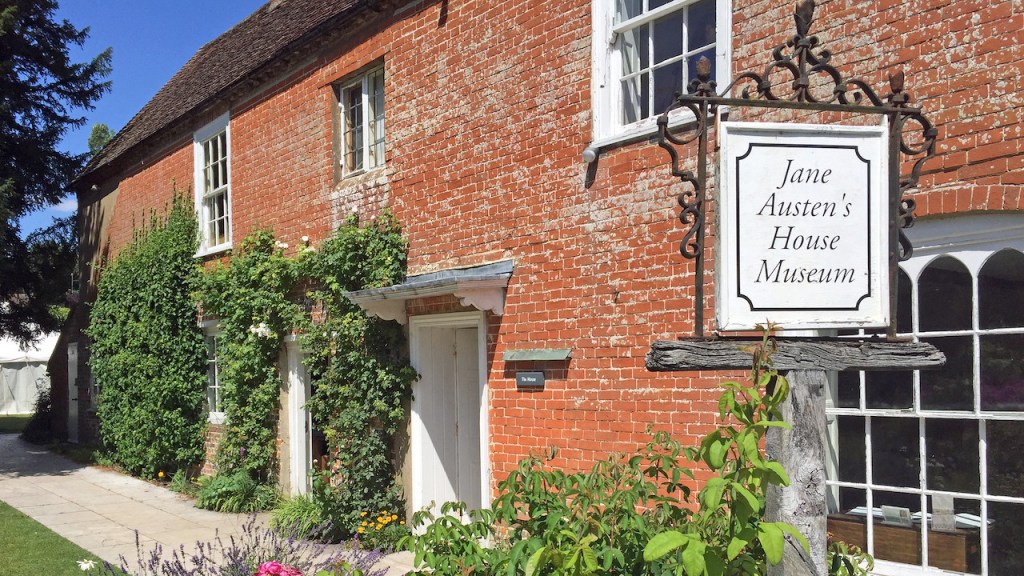 Jane Austen’s historic home and museum in Chawton, Hampshire, became the centre of a tragic tale this year. Like many museums all over the world, the museum was forced to close in March due to the coronavirus pandemic. This meant the house where Jane Austen lived and wrote Pride and Prejudice, Emma, Sense and Sensibility […] 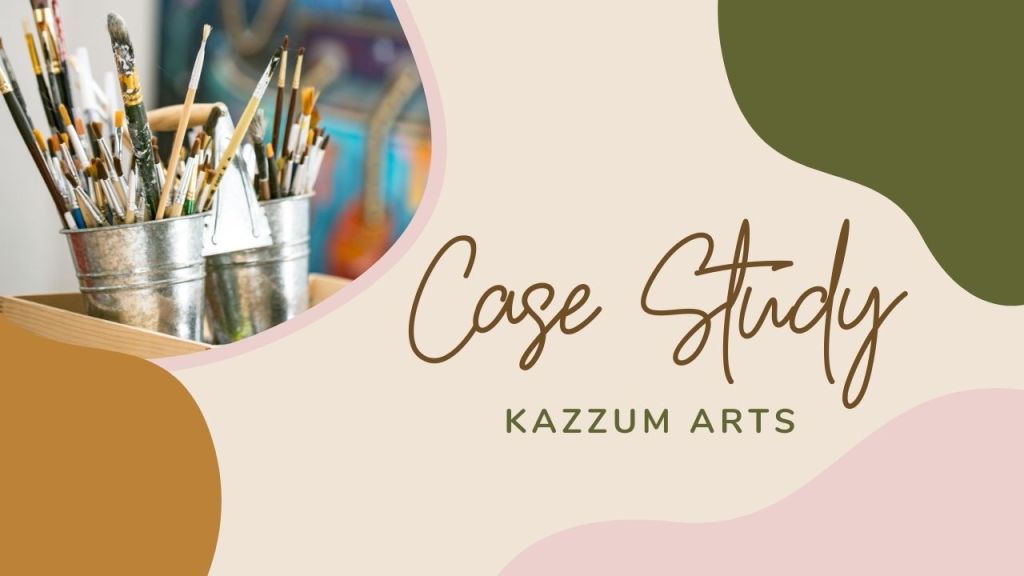 Money is often cited as a barrier by arts charities and smaller cultural businesses to having a winning content marketing strategy. The truth is, you don’t need to be a big flashy company with a sizable marketing budget to grow online. In this post, we’re showing you how impactful marketing is not about the amount […] 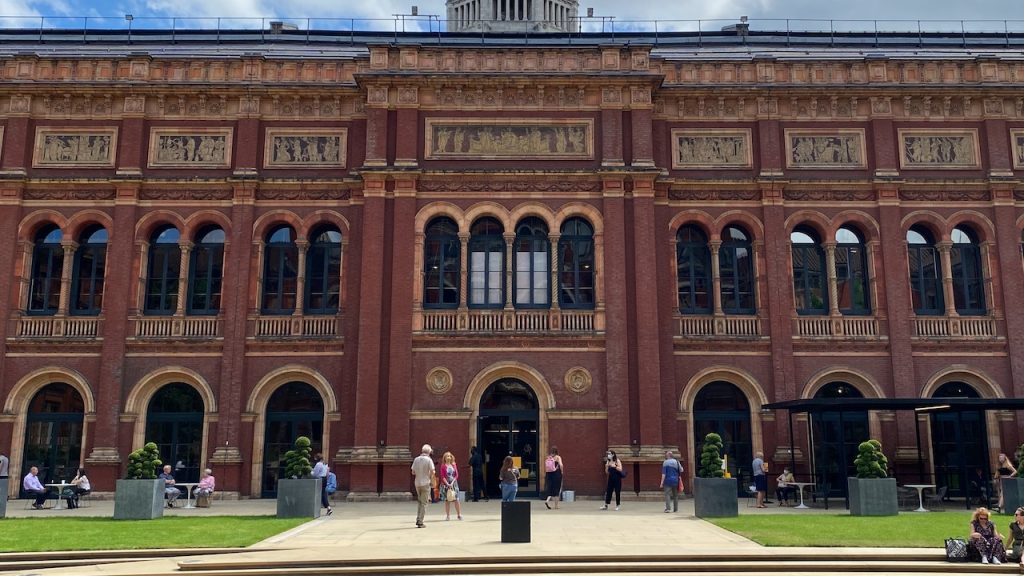 After nearly four months of being closed, museums and galleries across England were able to reopen their doors at the beginning of July. While it took the CBA Content team – me and Rachael – a month to book our return visits, it was well worth the wait. To follow in our footsteps and see […] 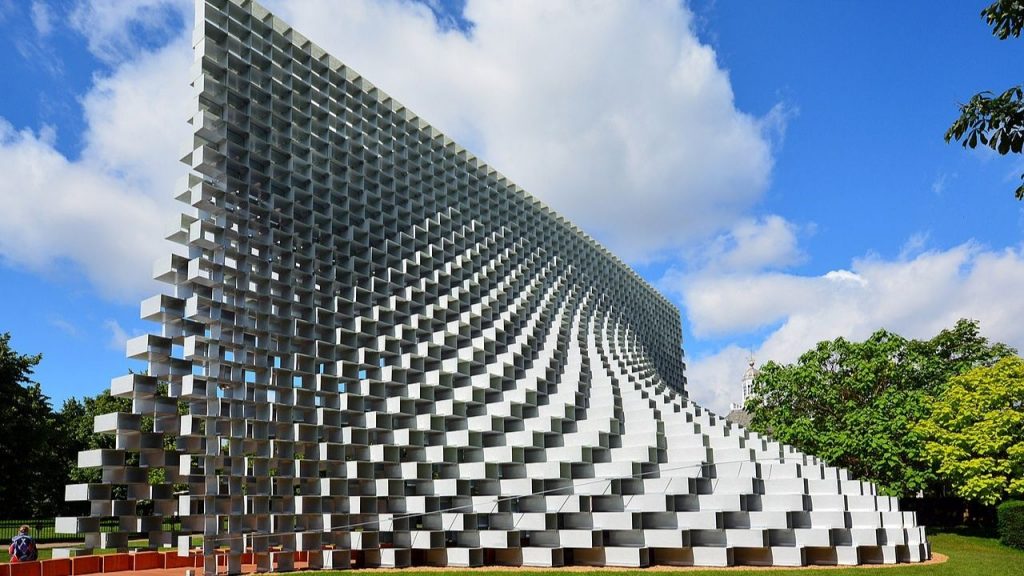 As museums and galleries prepare for reopening on July 4th, we think now is a great moment to take a look at the best digital content strategies in the gallery world. Since digital content will continue to enhance cultural experiences outside of physical exhibitions, it’s important to keep your online audience top of mind. Because […]

Experiencing Art and Culture in Lockdown: What’s Changed and How Will We Adapt? 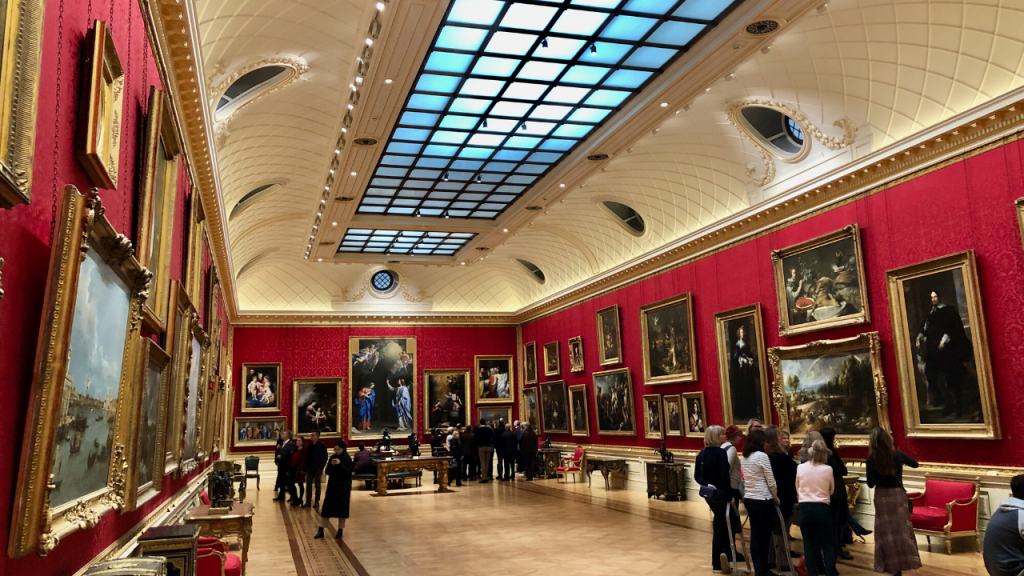 Before lockdown, we might have filled our Saturday afternoons with a trip to a museum after brunch with friends, ending the day in a South Kensington pub to discuss the exhibition we’d seen. Now the galleries, museums, cafes, pubs, and other weekend hangout spots are closed due to COVID-19, we’ve had to make our own […] 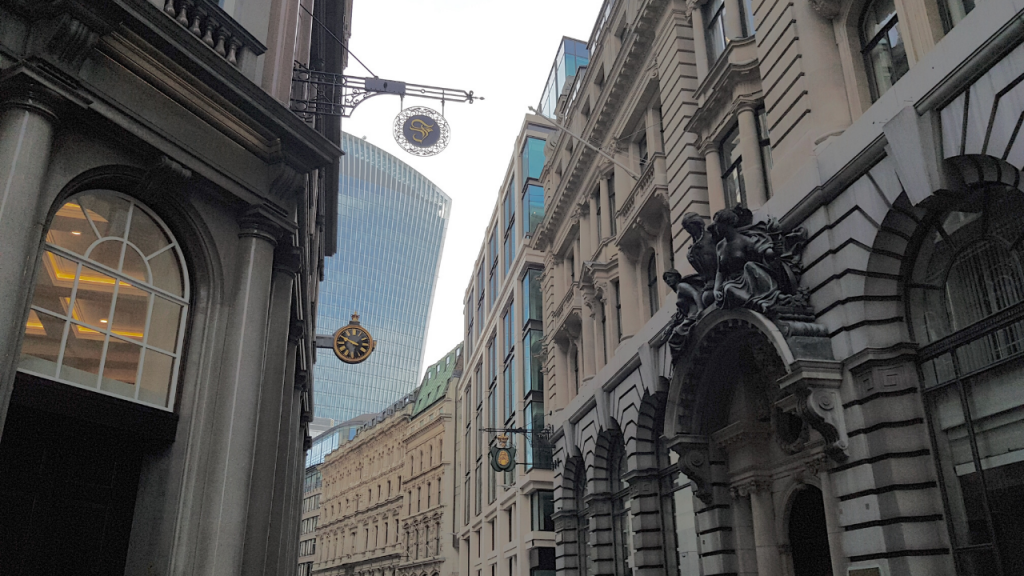 To put it simply: London is a city best explored on foot. While we have the most comprehensive public transport system in the UK, taking you anywhere in the city (more or less) seamlessly, it’s incredible how much you miss while underground or on a winding bus route. One of London’s greatest charms is its […]

Show Some Love For London: 5 Ways To Celebrate The City’s Culture 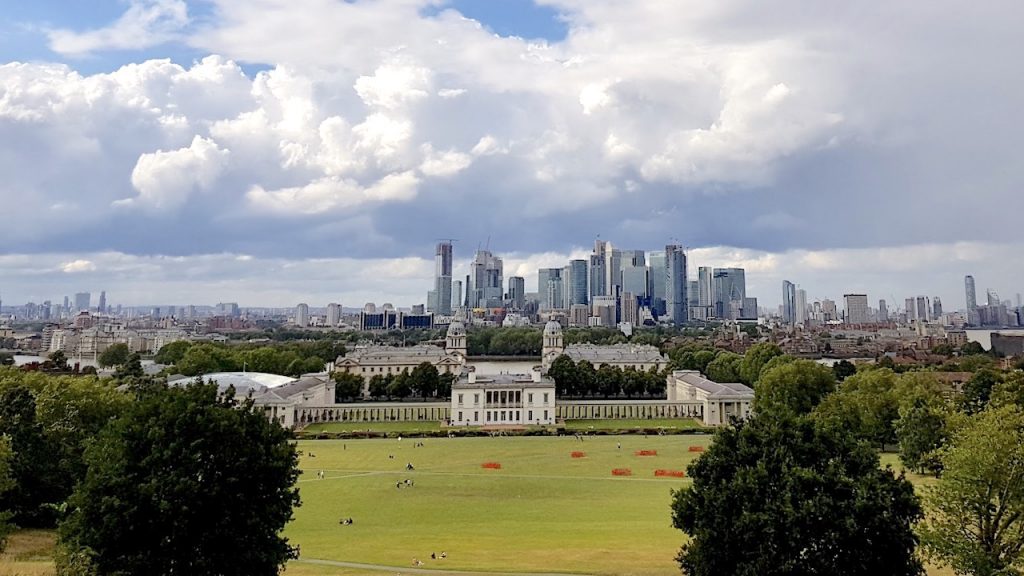 While Cupid and romantic gestures normally take centre stage on St. Valentine’s Day, we’re here to show some love for the city we call home: an ode to London, one of the world’s great cultural capitals. Whether you want to illuminate your evenings with rising stars at the National Theatre, or clear your mind with […] 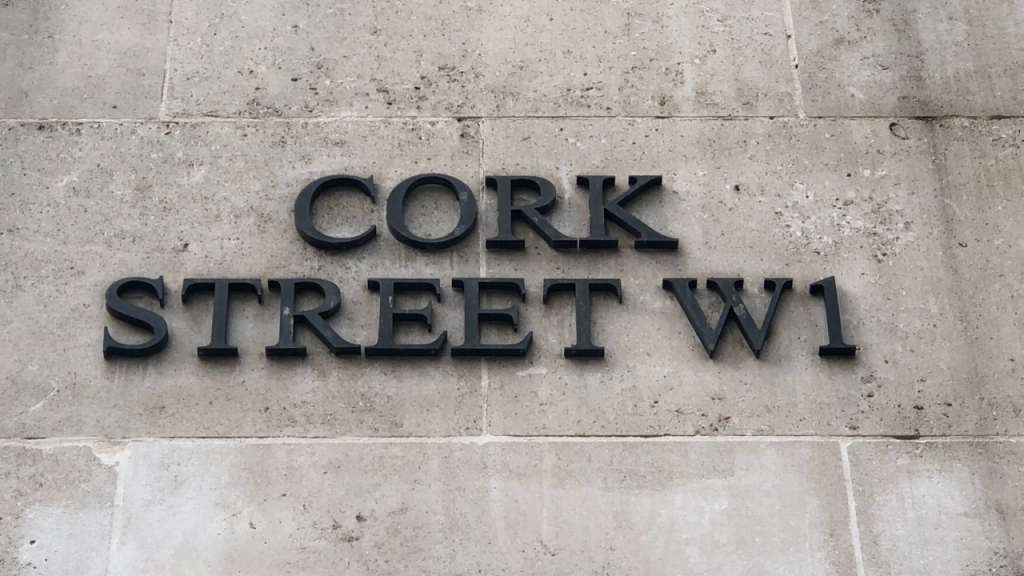 For Londoners and visitors alike, Mayfair retains a reputation of opulence, wealth and exclusivity. Take the dozens of art dealerships off Piccadilly, for instance, selling collectors beautiful authentic paintings with seriously steep price tags. While I certainly wasn’t looking to buy any art when I visited Cork Street for the first time, I wasn’t sure […]

Victorian Trees and Tudor Pies: Exploring Customs of Christmas Past 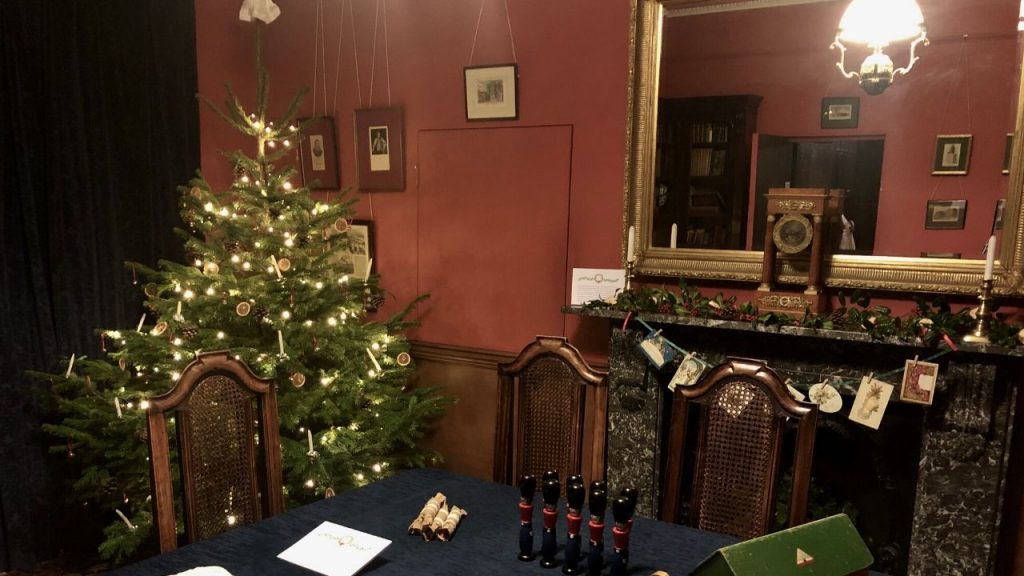 It’s the most wonderful time of the year: the holiday season, where we reflect on the year gone by, spend time with friends and family and inevitably indulge in our favourite traditions. During this festive time of reflection and celebration, have you ever considered how far back Christmas traditions go? I certainly hadn’t, until I […] 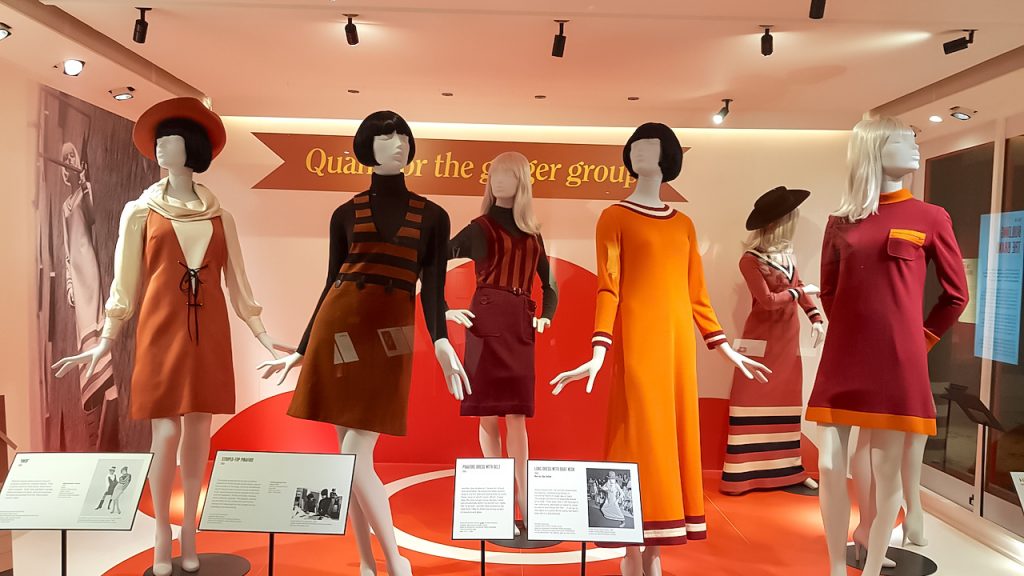 London-born fashion designer Mary Quant has gone down in history for her striking, daring and exciting takes on ordinary clothes in the 1960s. She is best known for popularising – some even say inventing – the miniskirt, and making fashion fun, accessible and practical for the modern woman. Fast forward to 2019 and you can […]

Use This Victorian Trick to Know Your Readers Better 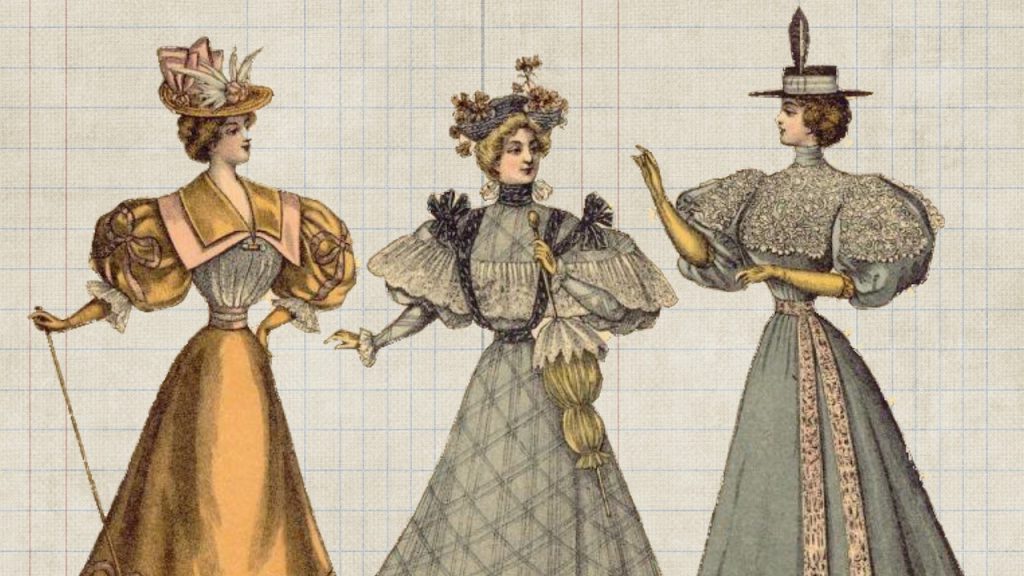 Thomas and Jane Carlyle’s home in London was the place to be during the Victorian Era. Charles Dickens, Oscar Wilde, Lord Tennyson and Elizabeth Barrett Browning are a few of the literary giants who visited the writers’ home, engaging in worldly debates and friendly chats by the fire. The Carlyles moved to Chelsea in 1834 […]

Leonardo’s Drawings: An Enlightening Exercise in Understanding Your Audience 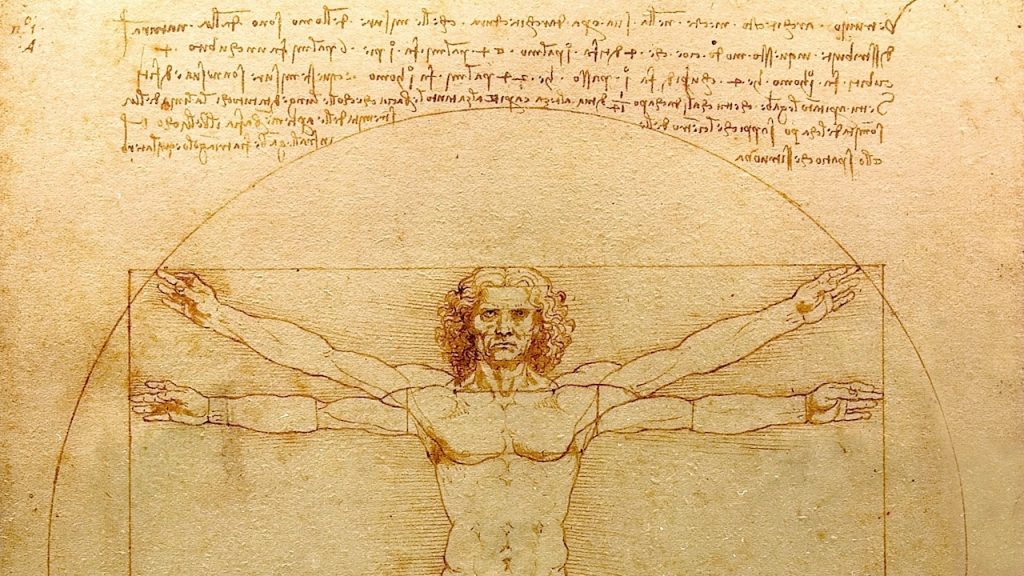 By the end of his life, Leonardo da Vinci had drawn thousands of sketches on the human body, horses, plants, architecture, engineering, maps, forces of nature – anything that captured his imagination. 500 years later and these drawings give us one of the closest and clearest looks into the Renaissance master’s mind. To celebrate his […] 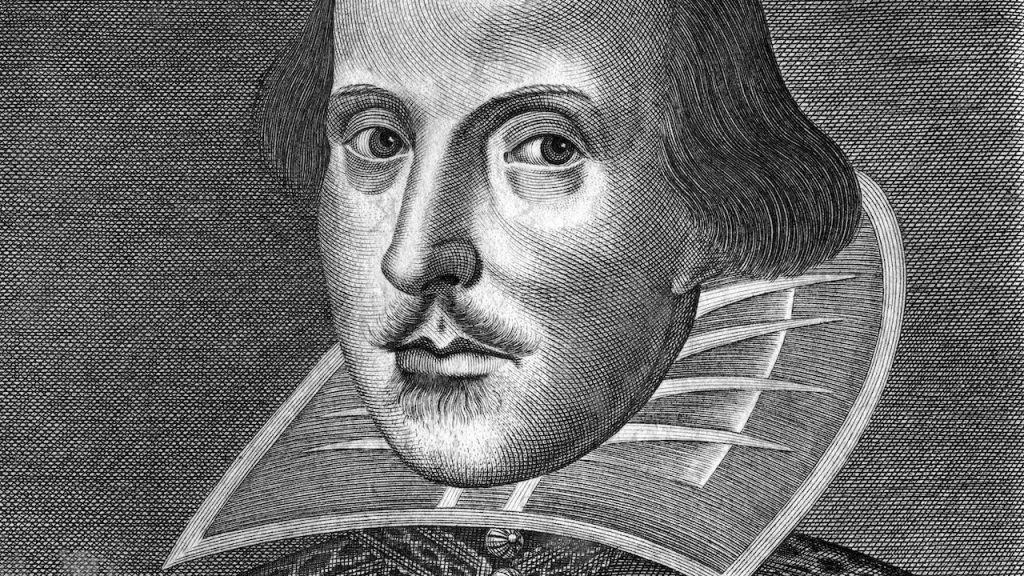 “My words fly up, my thoughts remain below. Words without thoughts never to heaven go.” The playwright behind this quote and many other famous lines of speech is none other than the Bard of Avon, William Shakespeare. Like most of his plays and poems, this quote from Hamlet still holds meaning some 400 years later. […]

Dare to be Like Dracula: The Mesmerizing Power of History & Horror 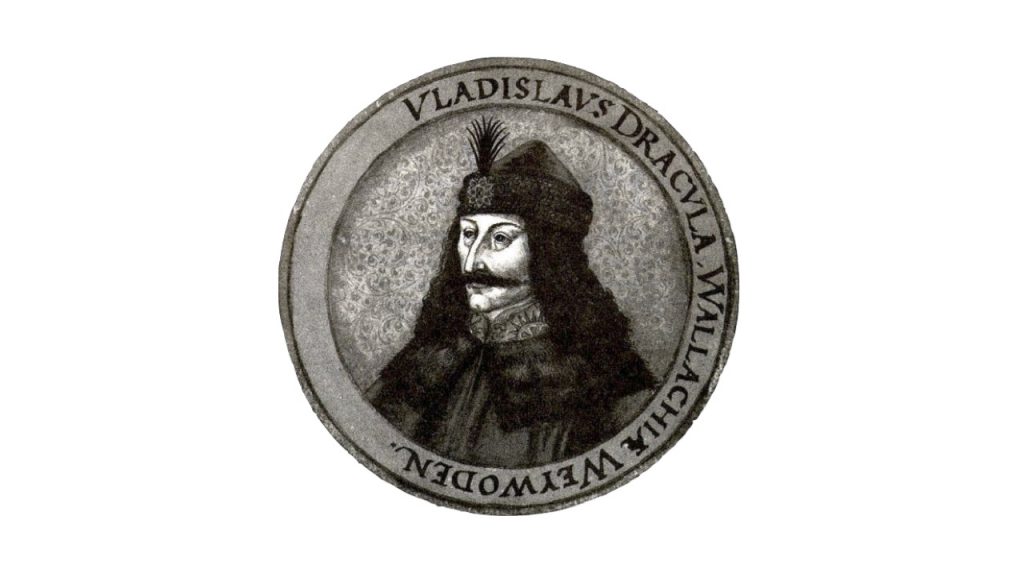 Vampires look like humans. Some so beautiful they hypnotize people. Three such mesmerizing vampires seduced a lawyer from England, Jonathan Harker, when he visited Castle Dracula for the first time. It’s not until after Harker escapes from the female vampires’ deadly spell that he realizes Dracula, his host, only wants one thing: human blood. This […]

How Creators Create: A Plastic Surgeon’s Love of Pottery 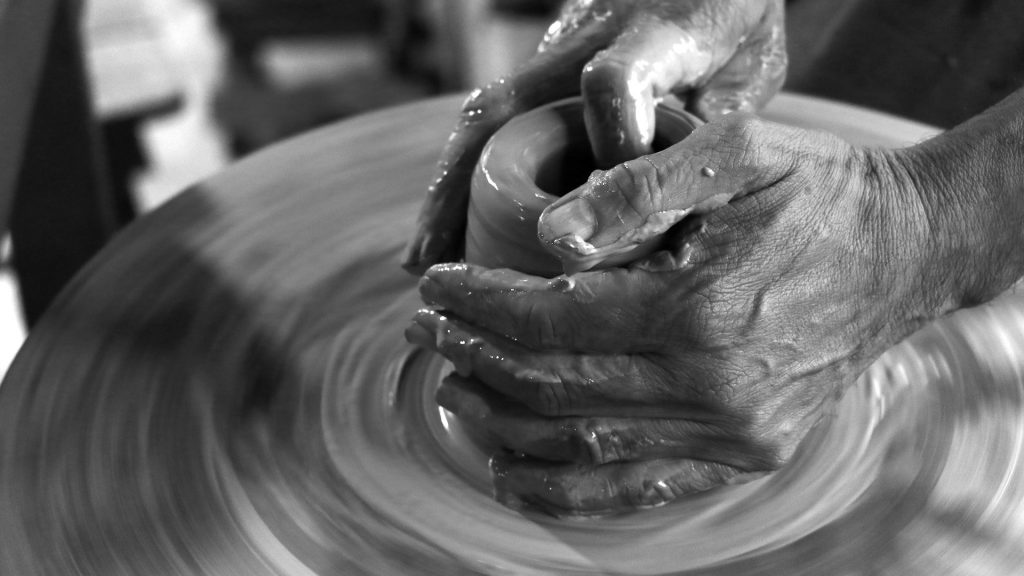 He credits his early creative drive to spending three years in kindergarten — the advantage of being grouped together with his older brother — and his later breakthroughs in breast reconstruction, he believes were due in part to specializing in a more creative field of medicine: plastic surgery. Given his background, pottery seems to be […]